Why zig when you can Zagga? 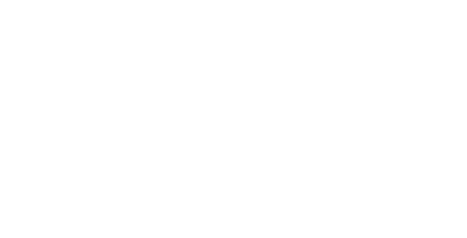 Welcome to the Zagga Newsfeed

Keeping you up to date on the world of Marketplace Lending

Fast, flexible and friendly: how Zagg...

Transparency and ease-of-use: how in-...

When David Baldwin began to research options for investing his hard-earned cash he’d never tried private lending before. But the moment he began investing with Zagga, he knew he’d found the jewel in his investment strategy.

As a semi-retired builder and property developer, Zagga’s mortgage-secured loans have always made sense to David. They’ve also earned him much higher returns than a standard bank deposit – one of his biggest lending priorities.

“My first and most natural inclination is to ask what my return is for an investment, and it’s the best risk to return profile of the peer-to-peer platforms in New Zealand for large, lump sum investments,” he says.

Zagga is an online platform matching investors to creditworthy. Investors like David can fund loans in full or in increments of $1000, always knowing exactly where their money is going and what it’s funding.

It’s a system that David says makes perfect sense for just about anyone, especially if they’re familiar with property-based investing.

“Behind every property is a person. I believe that anybody who owns a property or is about to put their life on the line to improve themselves with property are genuine hardworking people anyway,” he says.

“It’s my personal opinion that Zagga is more suited to the more sophisticated investor, as it deals with large amounts of money. A younger person who has a spare thousand dollars would probably take ten $100 loans through a different platform instead.”

In fact, David’s first ever Zagga investment was secured by a mortgage on the very home his investment would later help complete - a proposal he was eager to take up since the valuation safely exceeded the amount being borrowed.

“The guys at Zagga were surprised that I took out a whole loan in one hit,” admits David.

“My answer to them at the time was ‘well I already understand the process.’ I recognised as soon as I saw the extent and the volume of the documentation Zagga had that it was very well thought through and well controlled.”

The experience convinced him that – as long as it’s properly overseen - a loan with higher risks is often a worthwhile investment.

“In my experience, when you take out a fairly high return on your investment you are also automatically accepting a higher risk,” he says.

“I knew that Zagga was going to control the completion process and ensure that it did in fact get completed, and that the value of the property being used for loan security was going to dramatically improve.”

David says a lot of Kiwi investors avoid this kind of calculated risk-taking to the detriment of their own hard-earned savings.

When it comes to savvy investing, he’s learned that taking the time to sit down and assess your goals can make all the difference.

“People are dreaming up all sorts of things nowadays. As an older person you’ve got to be prepared to open your eyes a little bit to what the younger generation are getting up to,” says David.

“If you’re getting 3% at the bank but you can get 7% or more with Zagga, once you actually sit down and work it out it’s still more profitable to break your term deposit and do without some of your interest to get a quicker and earlier return.”

Keen to hear more? Submit your details below to keep up to date with Zagga news and investments

Tom's Story May 29, 2019
Accessibility, security and diligence: how this savvy investor chooses just the right loans to invest in Jul 05, 2019
Introducing Peer to peer factoring fund: A $500K opportunity for private investors Oct 30, 2019